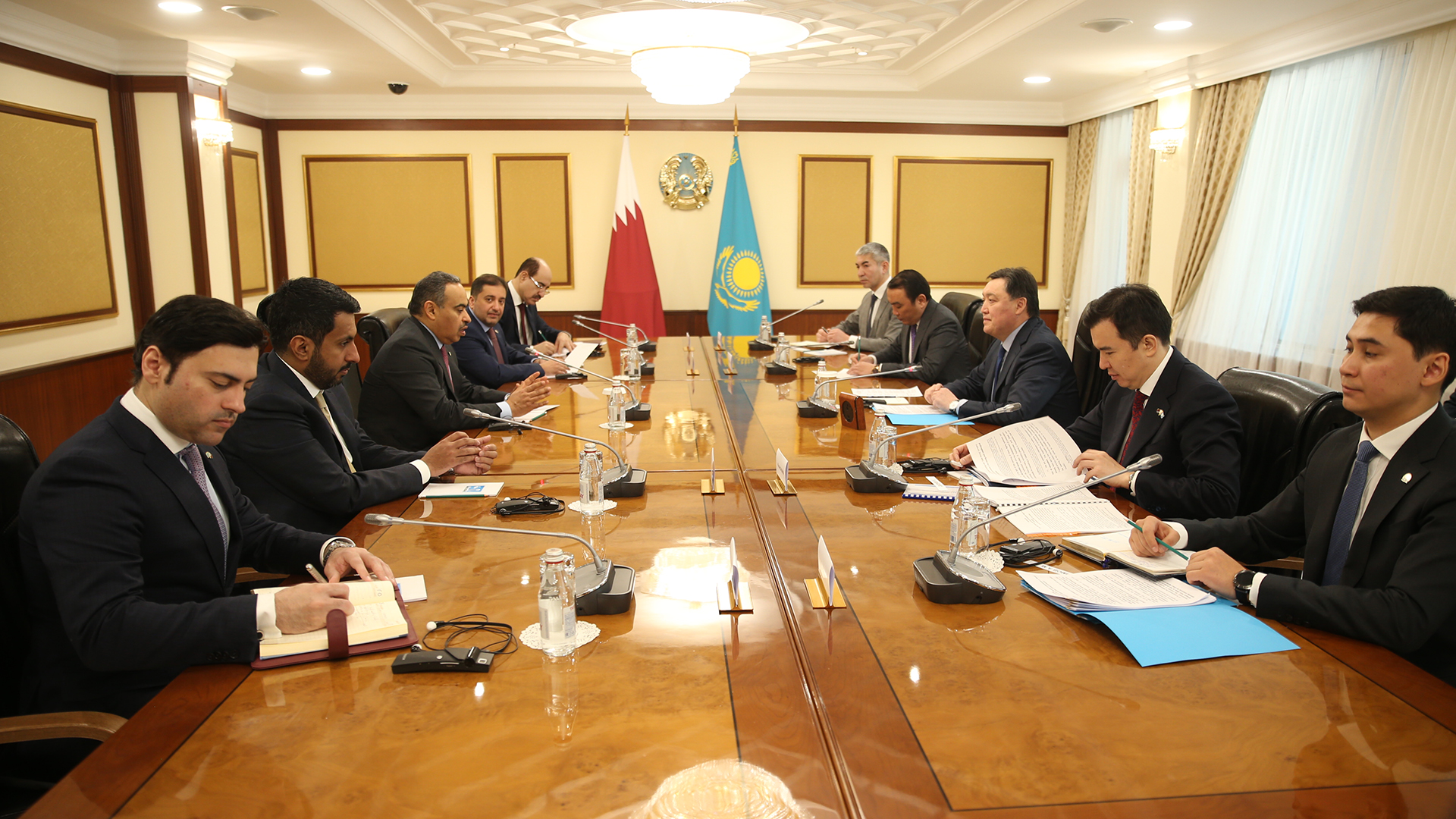 Prime Minister Askar Mamin received a delegation led by the Minister of Commerce and Industry of the State of Qatar Ali bin Ahmed Al Kuwari.

Ali bin Ahmed Al Kuwari informed the head of the Kazakh Government about the results of the meeting of the expert group of the Fifth Kazakhstan-Qatari joint high-level commission.

The head of Government noted the existence of significant potential for enhancing cooperation between Kazakhstan and Qatar in the trade, economic, investment, financial and banking, agricultural and other fields.

A visa-free regime has been established between the countries, in the near future it is planned to launch direct flights between Nur-Sultan and Doha. In the future, regular flights will be operated 7 times a week, not only between capitals, but also between Almaty and Doha.

The parties discussed the upcoming visit to Kazakhstan by Emir of Qatar Sheikh Tamim bin Hamad Al-Thani in March 2020, as well as prospects for cooperation in the trade, economic, investment and financial, banking sectors.

The meeting was attended by Minister of National Economy Ruslan Dalenov, Ambassador Extraordinary and Plenipotentiary of the Republic of Kazakhstan to the State of Qatar Askar Shokybaev.