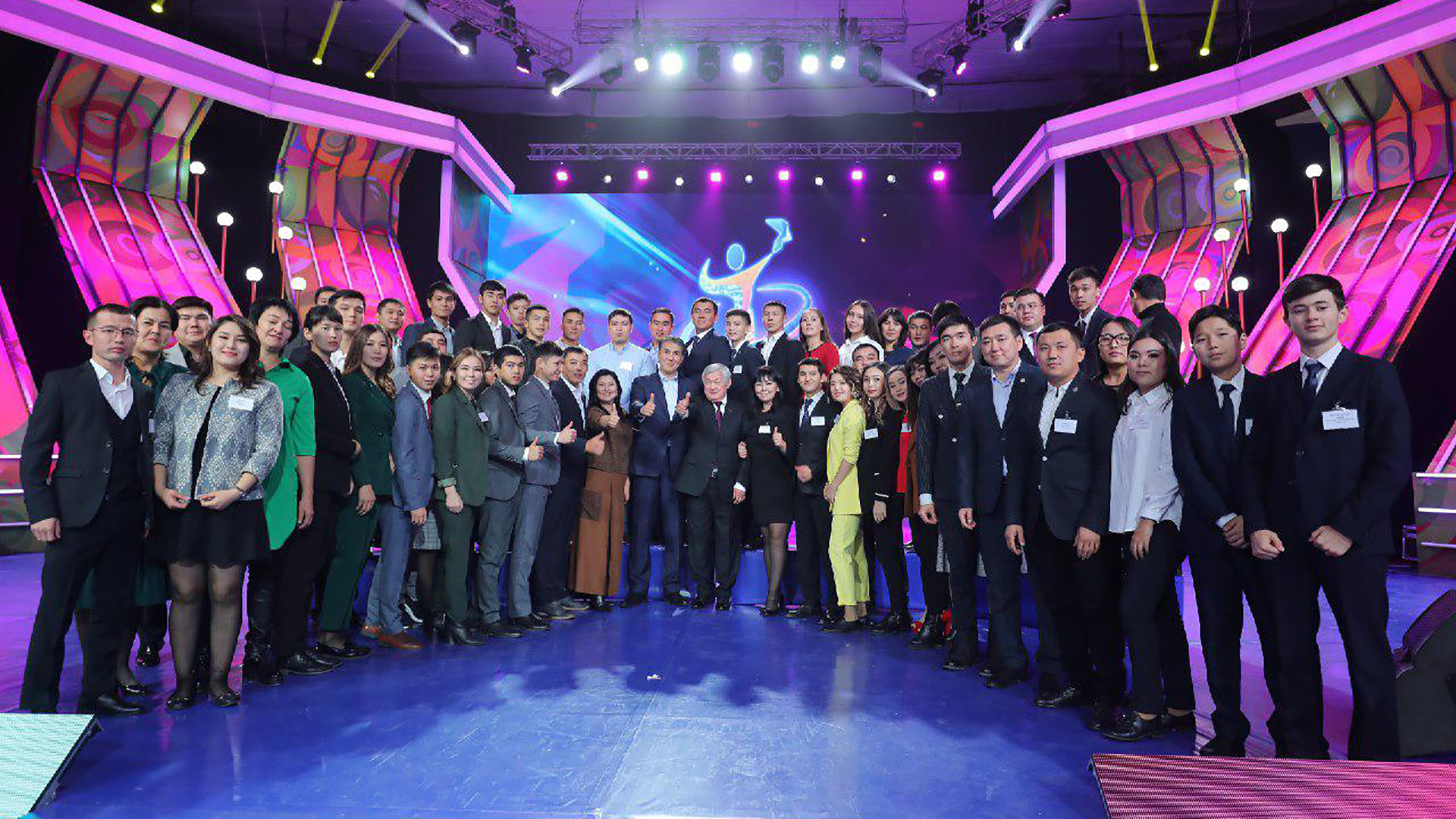 Within the framework of the initiative of the First President – Elbasy Nursultan Nazarbayev to comprehensively support talented children and youth, the marathon “El Umіti” was held in Aktobe. The Deputy Prime Minister Berdibek Saparbayev, the Executive Director of the Fund of the First President – Elbasy Asset Issekeshev, the Akim of Aktobe region Ondasyn Urazalin took part in the marathon.

The large-scale forum brought together nearly 3,000 representatives of active youth from the Kyzylorda, Aktobe, West Kazakhstan, Mangystau and Atyrau regions. Among them are the best representatives of the younger generation, professionals in their field, who make a significant contribution to the development of the country.

Berdibek Saparbayev thanked the youth for their activity and wished them further success.

“From the first days of independence, the First President – Elbasy Nursultan Nazarbayev pays great attention to the support and development of youth. Head of State Kassym-Jomart Tokayev also supports youth and declared 2020 the Year of Volunteers. Today, there are about 30 thousand gifted children in the country and more than 100 specialized schools and educational centers. The Daryn republican center is open in 11 regions. More than a thousand children this year became winners and prize winners of international competitions and contests. As part of the Elbasy’s El Umіtі initiative, over 1,000 gifted children will be selected. They will be supported by the state, created conditions for development and education, including in foreign universities. The government has made every effort to support the younger generation. Educated, talented and healthy youth is the future of our nation,” Berdibek Saparbayev said in his speech.

In a welcoming speech, Asset Issekeshev noted that El Umіtі creates social elevators for talented youth. Now the fund is developing leadership programs, systems for identifying children's potential, motivation tools, including internships at leading universities in the world, a grant support system for winners of olympiads and mentors of young talents.

“We must not lag behind the world and the state is doing a lot in this direction. Today, a lot of programs are being implemented: Zhas Kasipker, Zhas Maman, Bolashak, Daryn and many others. The initiative El Umiti is aimed at supporting and developing new programs for talented young people. We believe that every child and every young man has his own talent, it only needs to be revealed. Therefore, first of all, the Daryn centers will be strengthened in each region. Each child can reveal his potential, where he can study, where he can work, to which he is more suitable. Then there will be programs: foreign trips to Silicon Valley, Singapore, study tours to Cambridge and many others that we are working on together with the Government,” Asset Issekeshev emphasized.

Young people who have achieved great successes in education and science, business and medicine, culture and sports, economics and public life shared their achievements, urging the participants of the marathon not to be afraid of difficulties, try their hand and work for the good of the country.

So, the Aktobe entrepreneur Zhanna Altynbaeva said that in 2016 she opened the hotel “Nice Hostel” for tourists, which meets international standards. The businesswoman gained experience in this area, working in the USA.

The young people expressed their gratitude for the great help and support from the state.

Nursultan Nazarbayev’s initiative El Umiti will be implemented by the First President’s Fund together with the government, regional akimats, the business community and NGOs.

The forum, which was held at the Konys Sports Palace, ended with a performance of Kazakh pop stars.