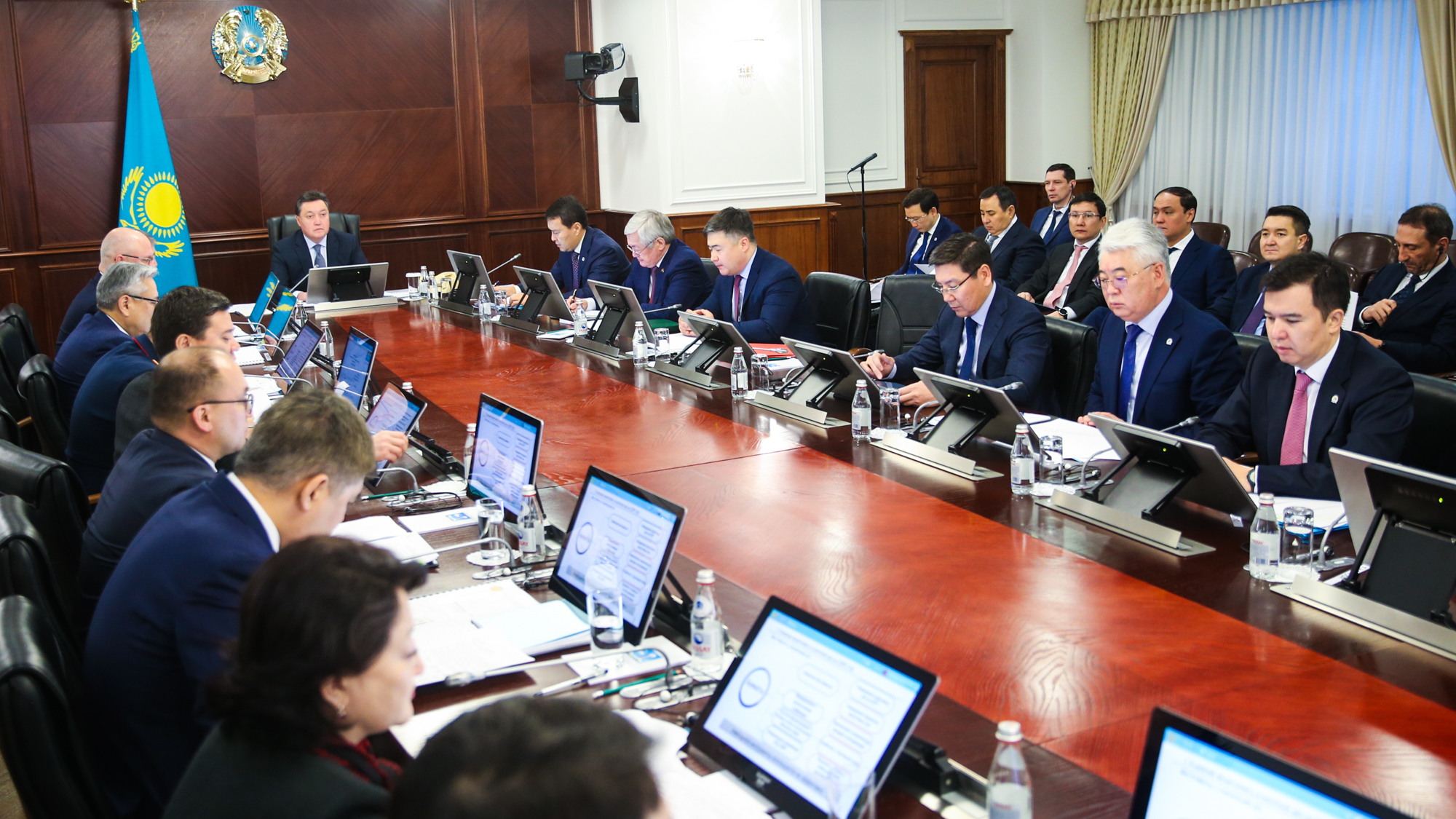 At the Government session chaired by Prime Minister Askar Mamin, the implementation of the state program “Digital Kazakhstan” was reviewed.

Minister of Digital Development, Innovation and Aerospace Industry Askar Zhumagaliyev reported that in 2019, 18.7 billion tenge were allocated for the implementation of the Digital Kazakhstan, which have been fully mastered.

In 2018-2019, the implemented digitalization measures brought an economic effect of 802.5 billion tenge, 32.8 billion tenge were attracted to the innovation ecosystem and 120 thousand jobs were created taking into account related industries.

“Elbasy Nursultan Abishevich Nazarbayev and Head of State Kasym-Jomart Kemelevich Tokayev pay special attention to digitalization. At the extended Government session, the Head of State emphasized the importance of working on digitalization and instructed to speed up this activities to achieve a specific end result,” said Mamin.

The prime minister noted that for 2019, the disruption of the Plan for the Integration of Information Systems of State Bodies was allowed by the ministries of internal affairs, healthcare, industry, the national economy and defense.

“This work needs to be taken under special control and completed before March 1. All heads of state bodies should be assigned a personally responsible deputy for the timely integration of information systems and the smooth operation of them,” said Mamin.

The prime minister instructed this year to achieve a 90% level of automation of public services. The government agencies should work out and make the necessary changes to the register of public services as soon as possible, including 20 measures of state support.

The head of government noted the delay in providing the population with high-speed Internet.

“As part of the implementation of the Nur Otan Party’s Election Program event to provide high-speed internet for settlements with a population of 250 or more, the schedule of work with telecom operators has not yet been approved. Criticism on this issue has already been voiced by representatives of the party and deputies of the Parliament,” said Mamin, instructing to resolve this issue within a week.

The prime minister instructed the Ministry of Digital Development, together with the Ministry of Education, to step up work on the quality training of IT professionals using international best practices.