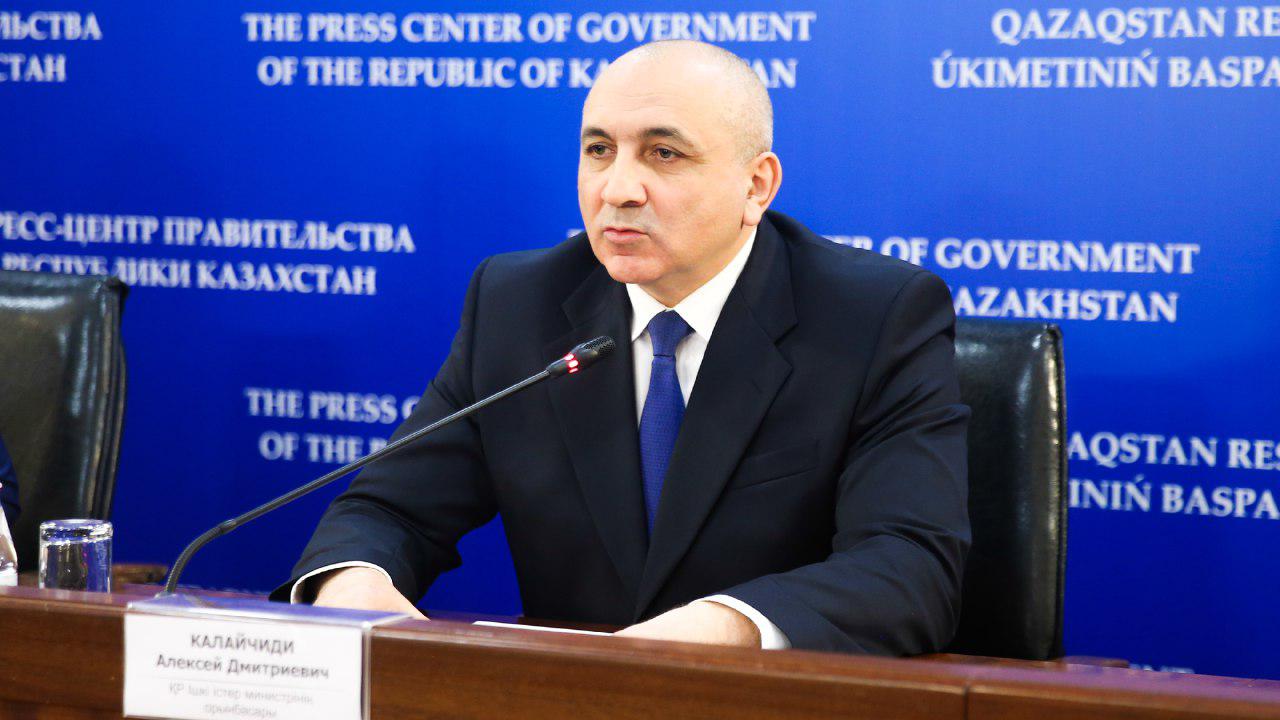 July 4 at the press conference in the Government, Vice Minister of Internal Affairs Alexei Kalaichidi spoke about the implementation of the electoral program of Head of State Kassym-Jomart Tokayev regarding modernization of the internal affairs bodies.

On modernization of the internal affairs bodies, the corresponding Roadmap for 2019-2021 has been developed and approved. It contains 54 events.

The first direction is the optimization of the staff structure.

“We have optimized the private number by 11%. Mainly at the expense of the vacant positions. We have abolished 106 subdivisions that duplicated each other and 1,180 managerial positions. As a result, in terms of the number of police officers per 100 thousand population, we have dropped from 471 to 393 and are now at the European average between Belgium and the Czech Republic. The reduction was not made for the sake of mathematics. We have managed to free up more than 16 billion tenge as a result of these measures, which, together with 20 billion tenge additionally allocated by the Government, are aimed at increasing wages,” the vice minister said.

Given this savings, it is planned to carry out a differentiated salary increase:

The second important area is the improvement of living conditions for our employees.

“We are addressing this problem by issuing housing compensation. At the first stage, housing compensation was paid to the staff of the operational investigative units. This is about 5.6 thousand certificates. Now they were joined by the patrol police, district juvenile, district police inspectors. In total, there are 15 thousand people,” said Kalaichidi.

The third direction is the improvement of the selection system for training.

“Innovation in this area is the rejection of the bachelor degree. There are enough law schools in the country, where annually more than 20 thousand lawyers graduate. Therefore, we refuse the system of bachelor degree and we will invite the most demanded professions to invite employees who have graduated from universities with which we have compiled memoranda of cooperation and train them in three and six months courses,” the vice minister said.

The curriculum has been completely revised, taking into account current world trends, including courses related to psychology, police tactics, peculiarities of fighting cybercrime, and interaction with the public.

The fourth direction is the elimination of nonrelevant functions.

There are 32 protected objects of state bodies and legal entities were transferred to the competitive environment. The work continues.

The fifth direction — new formats of work with the population.

One of our main tasks is to improve interaction with society, ensure openness and transparency of the police, transition to a service model.

One of the mechanisms is the creation of front offices. According to the vice minister, the majority of complaints are related to the fact that a person visiting a police building on some issue faces a lack of conditions: when they want to get someone to receive, there is no normal clarification, there is no possibility to prepare, sign some appeal, get an advice.

“We analyzed the complaints and recommendations in close cooperation with the general public and came to the realization that we need to create front offices in which there is no framework. No one asks to leave the phones. Both our employees, and volunteers are present. There are separate rooms for the mediator, to work on obtaining public services. For registration of appeals there is a waiting area for 20-30 places, a shop, bathrooms, telephones, the internet and everything necessary so that a person can properly prepare, explain the purpose of his parish, get competent advice and solve his questions. If there is a need, our employees of the relevant services are invited to the front offices and give appropriate explanations and advice,” explained the speaker.