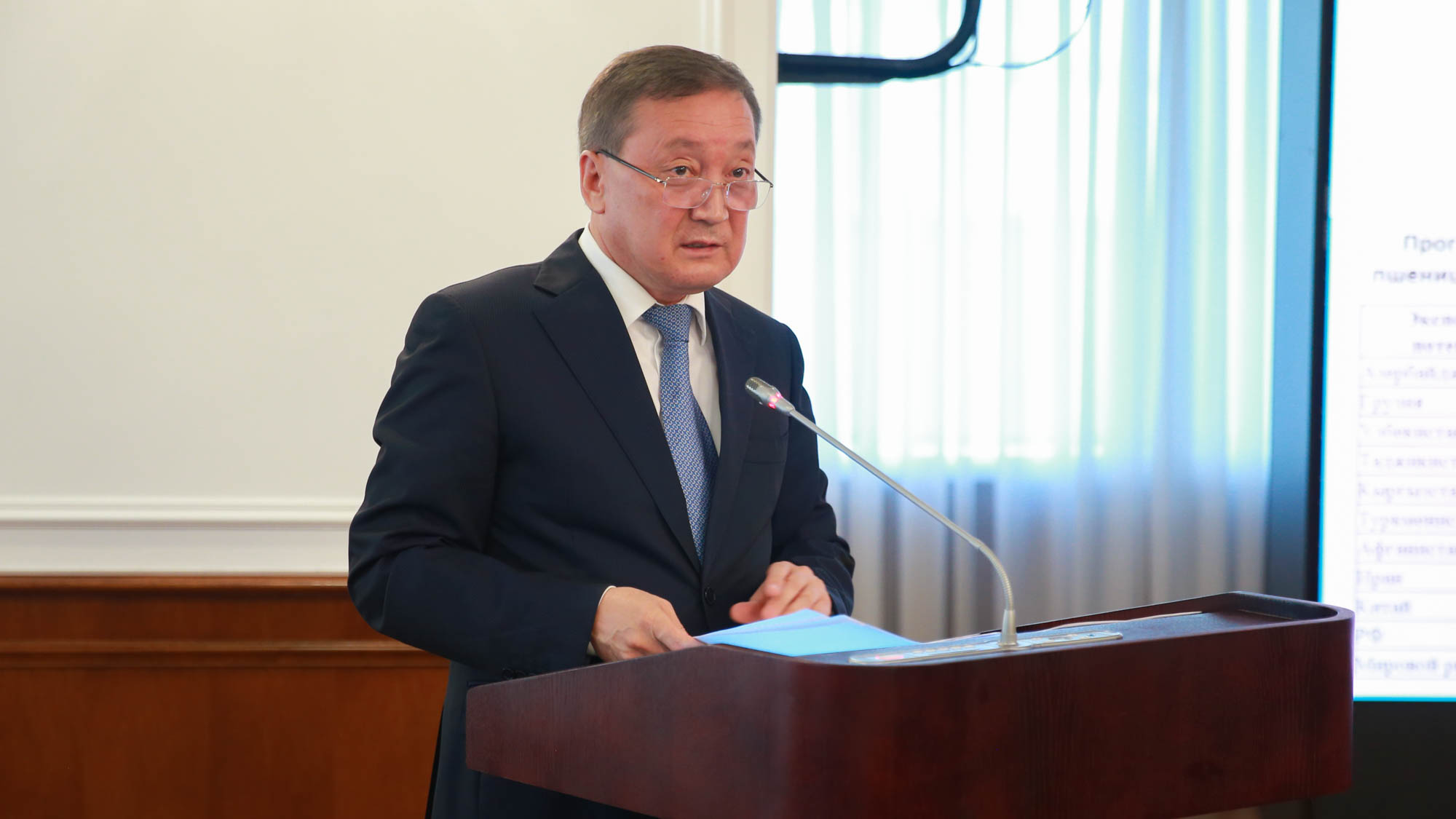 At the Government session chaired by the Prime Minister Askar Mamin, the progress of harvesting in 2019 was considered. Presentations were made by Minister of Agriculture Saparkhan Omarov and Minister of Energy Kanat Bozumbayev.

As Omarov noted, the sowing campaign was carried out in the optimal time using high-quality seeds. Today, harvesting operations are carried out in all regions of the republic. At the same time, the harvesting of grain crops was completed in the Turkistan region, in Zhambyl – at the completion stage (94.6%).

According to the operational data, the whole grain harvesting area of ​​the republic is 15.2 million hectares, of which 4.8 million hectares were harvested, which is 31.7%. (last year – 16.2%). 5.5 million tons were harvested with an average yield of 11.5 c / ha. In general, the readiness of equipment for the beginning of harvesting operations of the current year amounted to 98%.

As the Minister of Agriculture informed, the total grain storage capacity in the republic is 27 million tons, including 12.4 million tons at grain receiving enterprises, and 14.6 million tons at agricultural producers.

“A budget loan in the amount of 60 billion tenge has been allocated by the Agrarian Credit Corporation to finance spring field and harvesting operations this year. 2,169 agribusiness entities were funded to support the cultivation of crops on an area of ​​3.1 million hectares. Additionally, at the expense of own and borrowed funds, the Agrarian Credit Corporation financed 269 agricultural cooperatives worth 10.1 billion tenge,” Omarov explained.

This season, Food Contract Corporation JSC plans to purchase up to 1 million tons of grain. In order to support the livestock industry this year, it is planned to purchase feed grain.

According to the long-term weather forecasts of Kazhydromet in September, in the western regions at the beginning of the period an increase in air temperature is expected to reach 30 °C, then a gradual decrease to 20 °C and precipitation near and above normal. Such conditions are favorable for the ripening of grain, but may complicate the course of harvesting. Strengthening wind and dust storms are expected for almost the entire period.

“In general, work is being carried out as usual. Good results are expected in oilseeds: under the Northern Soybean program, 14 thousand hectares were sown without irrigation in Northern Kazakhstan. Species yield in the indicated fields reaches more than 20 centners per hectare. Next year, 150 thousand hectares are planned to be sown with the received seeds,” Omarov noted.

In turn, the Minister of Energy Kanat Bozumbayev reported that in order to carry out the autumn-field work in 2019, a schedule was developed for securing areas for oil refineries for supplying field work in 2019, within which the demand for agricultural production was approved in the amount of 395 thousand tons.

“The recommended price of diesel fuel for autumn field work in 2019 is 198 thousand tenge / ton (164 tenge / liter). Taking into account delivery and storage, the estimated price for the agro-industrial complex will be about 178 tenge / liter for 15 tenge cheaper than gas station prices,” Bozumbayev concluded.