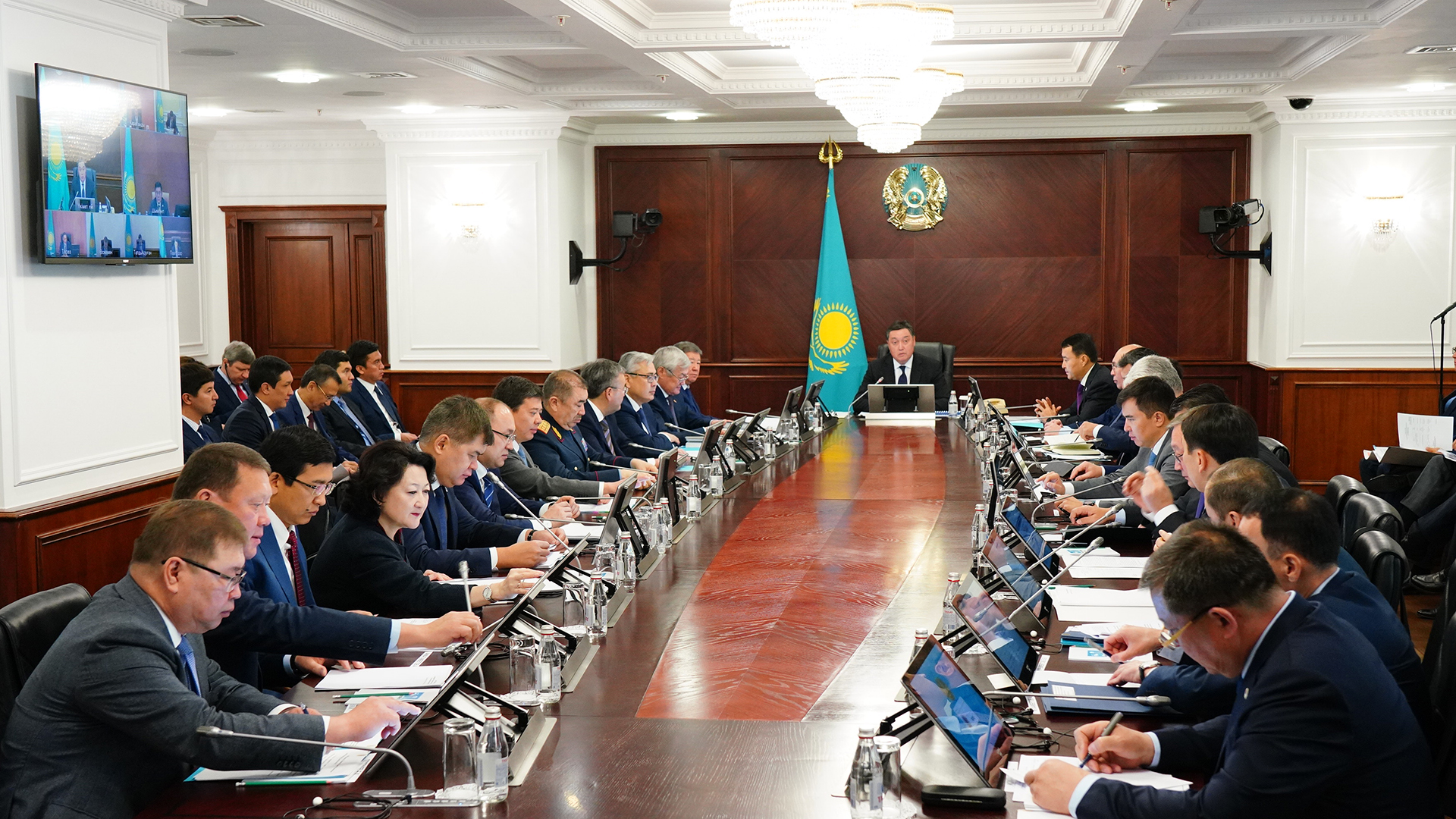 At the Government session chaired by Prime Minister Askar Mamin, issues in the development of civil aviation and measures to further reduce the price of air tickets were considered.

The Minister of Industry and Infrastructure Development Beibut Atamkulov, Managing Director for Transport and Logistics of Samruk-Kazyna JSC Kanat Alpysbayev, Minister of Energy Kanat Bozumbayev, President of Air Astana JSC Peter Foster reported on the situation in the industry.

The volume of air transportation of passengers is growing in Kazakhstan – for 8 months of 2019, 5.6 million passengers were transported in civil aviation, which is 1.8% more than last year.

The geography of flights is expanding – Kazakhstan has air links with 24 foreign countries on 99 international routes, including those opened in 2019 from Nur Sultan to Tokyo, Prague, Ulan-Bator. A regular flight connection with 9 world financial centers is established.

In order to reduce airfare, a low-cost airline, the FlyArystan, launched since May 2019, sold over 450 thousand tickets, almost 60% of which were sold at minimum tariffs – up to 10 thousand tenge. In the near future new routes will be opened from Nur-Sultan to Pavlodar, Semey and Shymkent at a ticket price of 5,999 tenge. In Pavlodar, option tariffs are sold at a price of 999 tenge. By the end of 2020, the low-cost airline will fly to most regional centers with the opening of international links to Moscow.

According to Managing Director for Transport and Logistics of Samruk-Kazyna JSC Kanat Alpysbayev, the average FlyArystan tariff is 1 km lower than the tariffs of European low-cost airlines by 4 times.

This year, thanks to the modernization of Kazakhstani refineries, the volume of aviation fuel production increased to 694 thousand tons, or 1.8 times, compared with the production in 2018. This allows you to fully cover the needs of the domestic market at the expense of domestic refineries.

“Providing the population with high-quality, safe and affordable air services is one of the important tasks assigned to us by Elbasy and the Head of State,” Mamin said.

The prime minister instructed to continue work on opening flights to Shanghai and Singapore in 2020, to complete accreditation procedures for domestic airlines to open flights to New York, to complete the reconstruction of the runways of Kostanay and Balkhash airports by the end of 2019, and to complete the construction of an airport in Turkestan on time and the terminal in Shymkent, to accelerate the development and adoption of a program for the development of small aircraft and airfields in the regions.

The head of Government set the task to intensify work on providing open skies for domestic carriers at domestic airports, which, due to the attraction of new foreign airlines, the expansion of the route network, and increased competition, is intended to influence the reduction in airfare. Given that more than 20% of the ticket price is occupied by the share of expenses on aviation fuel, the ministries of the national economy, energy, industry and infrastructure development have been instructed to work out issues of pricing for jet fuel.

The prime minister instructed the Samruk-Kazyna Fund to ensure in 2020 an increase in the fleet of airlines operated by the state holding and expansion of the geography of flights.

“As you can see, the study of measures to reduce the price of air tickets gives results. This work needs to be continued for all domestic airlines,” summarized Mamin.