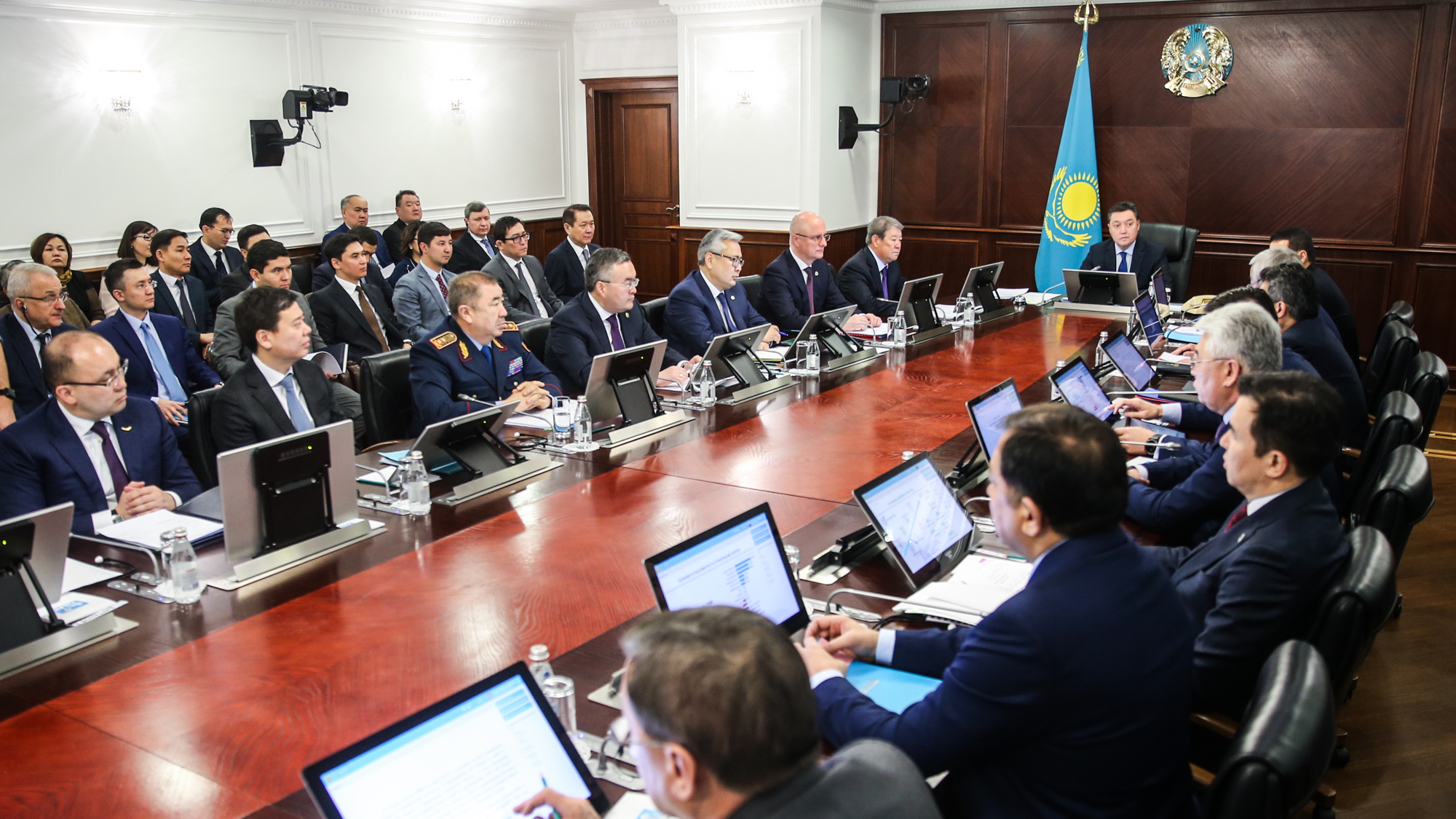 At the government session chaired by Prime Minister Askar Mamin, the results of the country's socio-economic development and the implementation of the republican budget for January 2020 were considered.

Minister of National Economy Ruslan Dalenov, Deputy Chair of the National Bank Akylzhan Baimagambetov and First Deputy Prime Minister – Minister of Finance Alikhan Smailov reported on the state of the economy, the banking sector, the execution of the republican budget, and local content in government procurement.

The results of the first month of 2020 showed a positive trend in macroeconomic indicators. In January 2020, GDP growth accelerated to 3.6% against 2.9% in January 2019. Investments in fixed assets increased by 3.1%.

Positive dynamics is observed in all basic sectors of the economy: growth in construction amounted to 12.5%, trade — 5.2%, transport — 3.6%, in the mining industry, manufacturing sector, including mechanical engineering — 21%, ferrous metallurgy — 17.5%.

In January 2020, 732 thousand square meters were commissioned. meters of housing. The largest housing commissioning is observed in the cities of Nur-Sultan and Almaty, as well as in the Mangistau region.

“In order to fulfill the instructions of Elbasy Nursultan Nazarbayev and President Kassym-Jomart Tokayev, it is necessary to maintain the set economic growth rate this year, starting from the first month,” said Mamin.

The prime minister noted a positive trend in key indicators in January 2020 in Atyrau, Turkistan, Pavlodar and East Kazakhstan regions.

The head of government pointed out the need for leaders of state bodies and regions to strengthen efforts to attract investment, develop small and medium-sized businesses, and increase labor productivity and real incomes.