Exhibition “The Great Steppe: history and culture” will be opened in Ankara 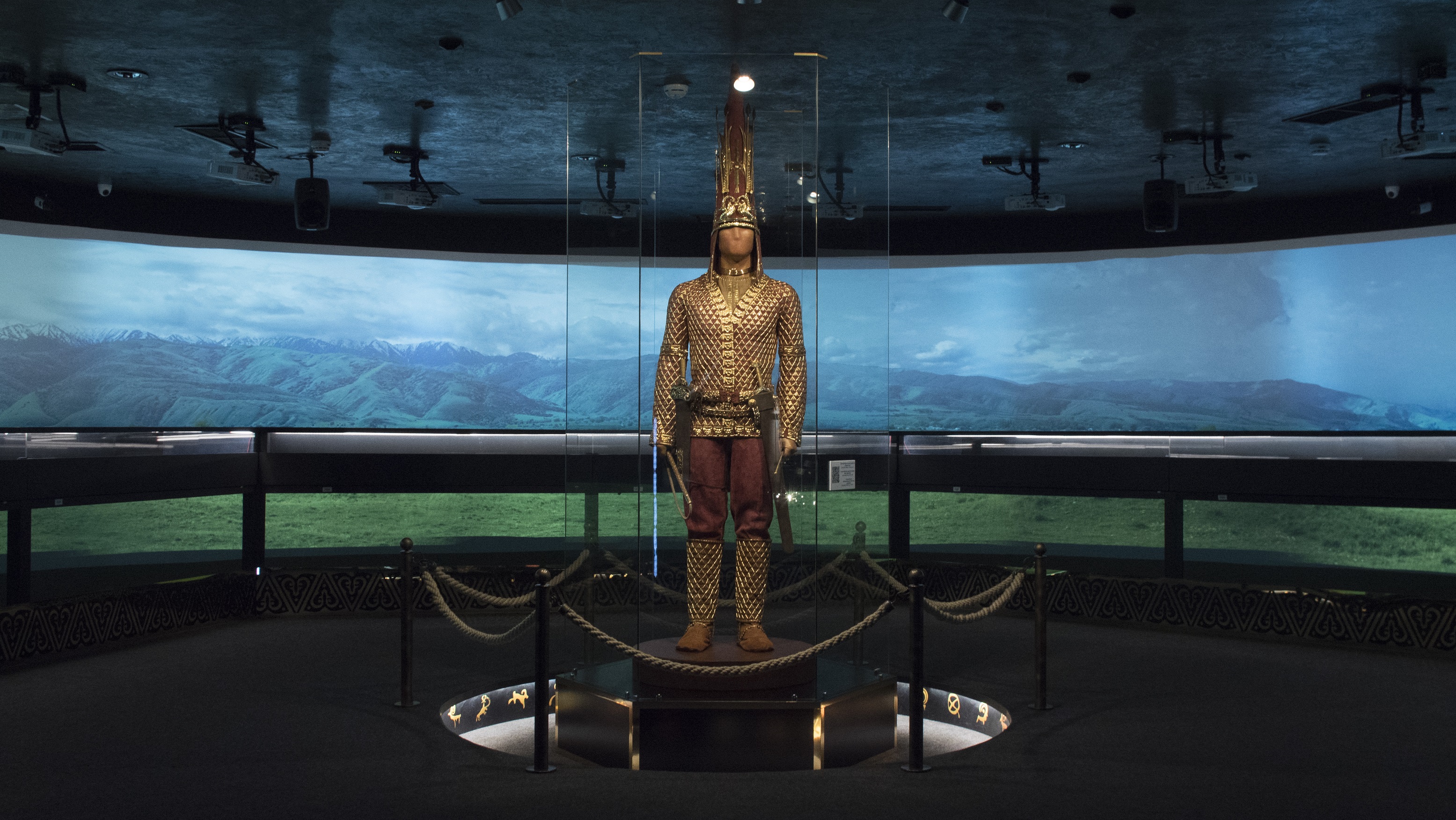 In the late 1960s - early 1970s, an archaeological sensation occurred in the vicinity of Almaty: in the Issyk mound, which was investigated by the outstanding archaeologist Kemal Akishev, the remains of the Saka king, “Altyn Adam,” who later became the symbol of Kazakhstan, were discovered. The priceless find was dubbed the “Kazakh Tutankhamen” and was recognized as the discovery of the century. Golden ornaments from the crown of the ancient ruler of the steppes - winged horses-tulpars - became part of the national coat of arms of the Republic of Kazakhstan, and the sculpture of the Altyn Adam was installed on Independence Square in Almaty. 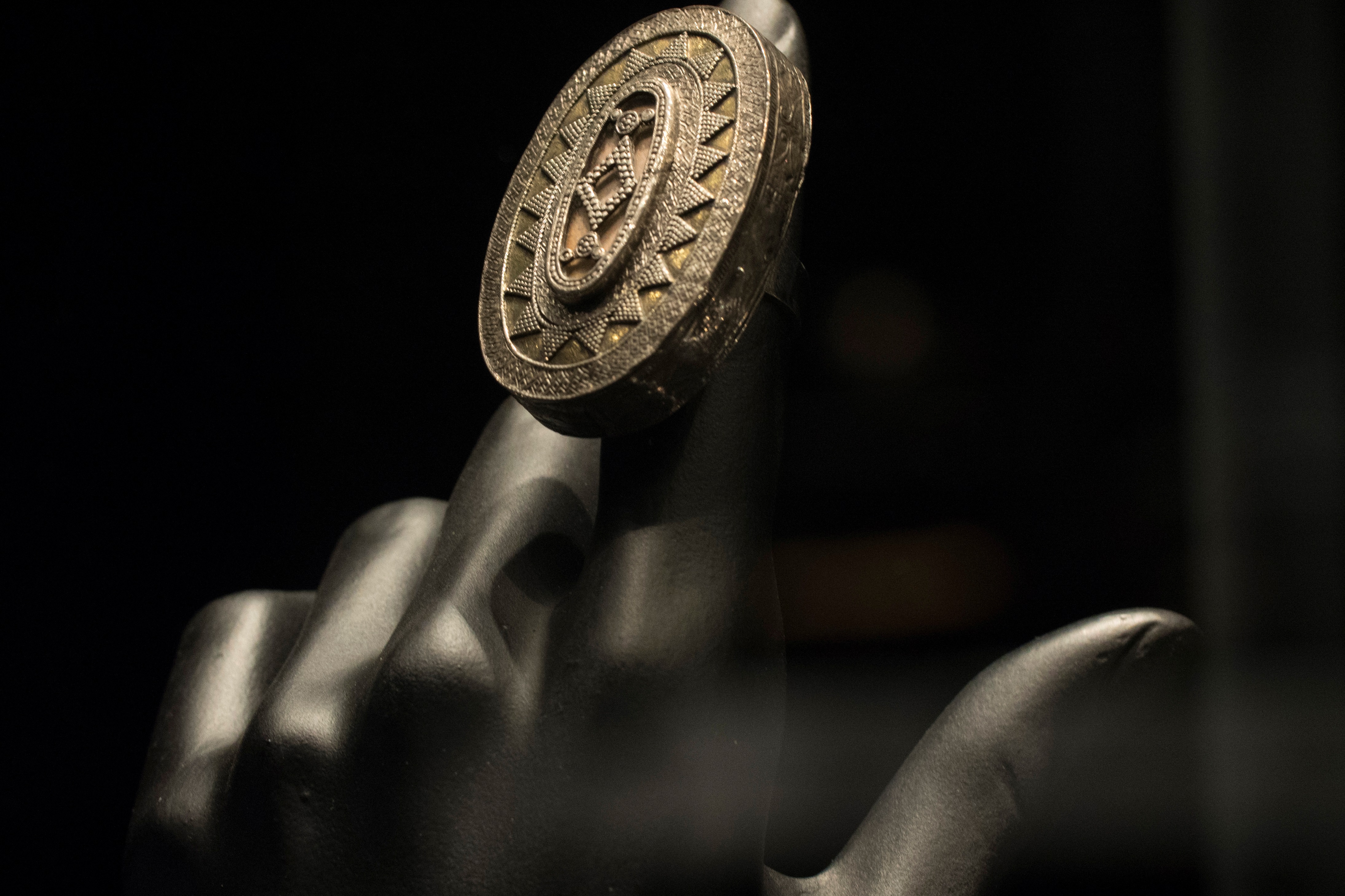 After almost half a century, the National Museum of the Republic of Kazakhstan announces an international tour - "The procession of the Altyn Adam through the museums of the world." As part of a large-scale project, the exhibition was held with great success in the museums of Belarus, Russia, Azerbaijan, China, Poland, South Korea, Uzbekistan and Macedonia and by the end of 2019 the exhibition will visit two countries.

At the exhibition in the Museum of Anatolian Civilizations of the Republic of Turkey, you can see the reconstruction of the Altyn Adam in clothes embroidered with gold plaques, in a special conical headdress decorated with gold plates in the form of golden arrows, snow leopards, argali, horses and birds, and a collection of archaeological finds from the early era of the Iron Age (V - IV centuries BC) that accompanied the burial of this noble Saka young warrior (according to archaeologists his age is 17-18 years).

Sakas (translated from Persian means “mighty men”) are the distant ancestors of the Kazakhs. In the writings of Greek authors, they are called Asian Scythians (the word saka goes back to the Scythian - “deer”), in other ancient sources they were figuratively described as “tours with the fastest horses”. Among the three large groups of these tribes were mentioned the Saki-Tigrahaud (“hats”), who lived in the territory where the Issyk mound was found with the burial of the “Altyn Adam”.

More than four thousand gold items were found in the mound: details for decorating clothes, as well as decorations and household items. The topography of the objects in the burial has allowed the researchers, as a result of hard work, to recreate the look of an ancient warrior, which is presented at the exhibition. A special place in the exposition is occupied by the silver bowl with the inscription made in the runic script found among the finds of the Mound of Issyk - one of the oldest written records found on this territory. 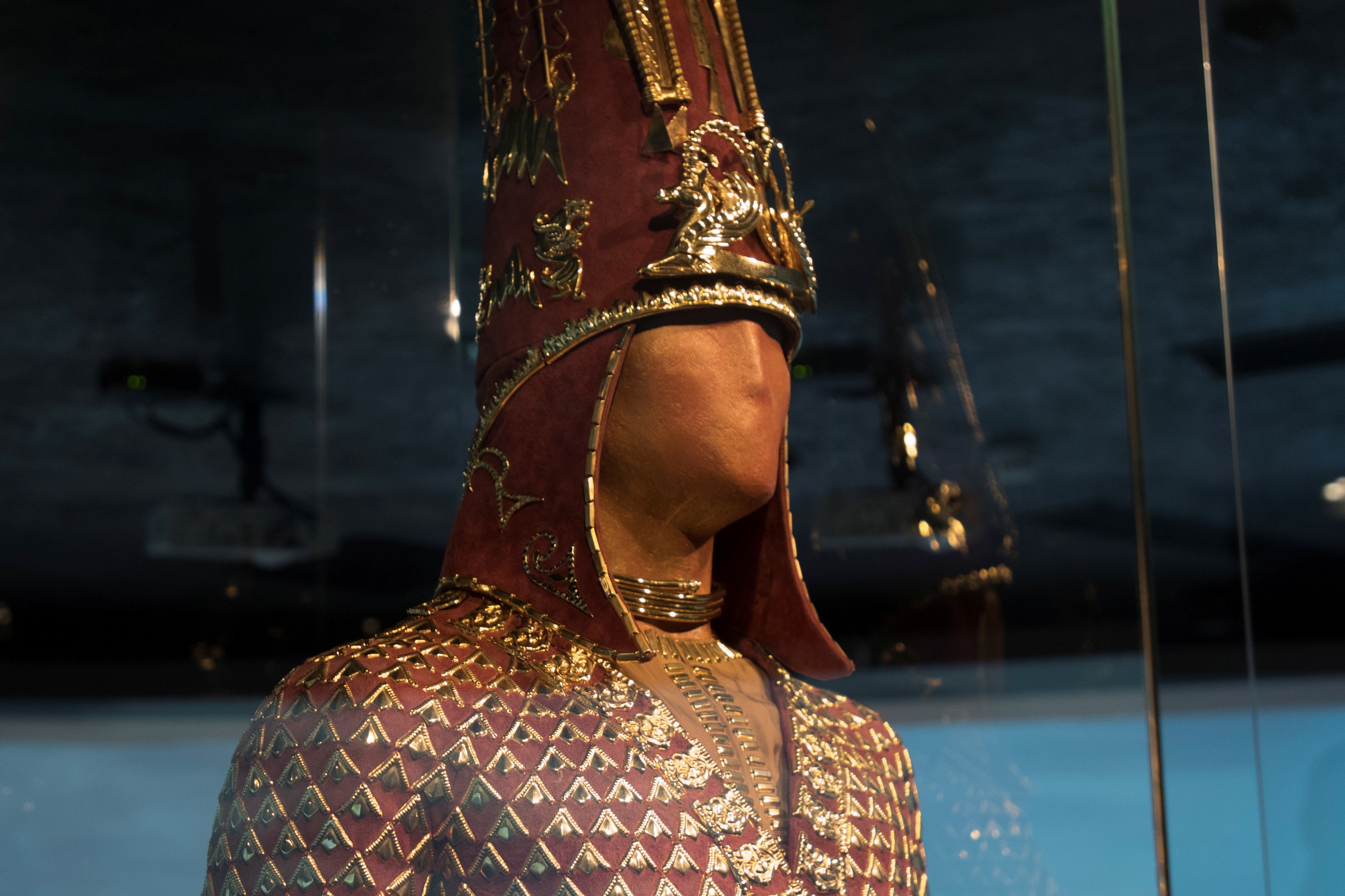 The most important feature of the ancient art of the steppe is the dominance of zoomorphic images - the so-called “animal style”, the distinctive features of which are the stylized images of totem animals, scenes of fighting animals, endowed with magical functions.

The drama plots symbolize the opposition of the elements and the revival to life, the confrontation between good and evil, the eternal movement and the eternal struggle of opposites. A striking example of "animal style" is a plaque, dating from the V-IV centuries BC., made of gold in the technique of stamping and corrugation in the form of two mirrored leopards.

As Christianity and Islam were established, the “animal style” gradually lost its original meaning, which goes back to pagan beliefs and ideas. 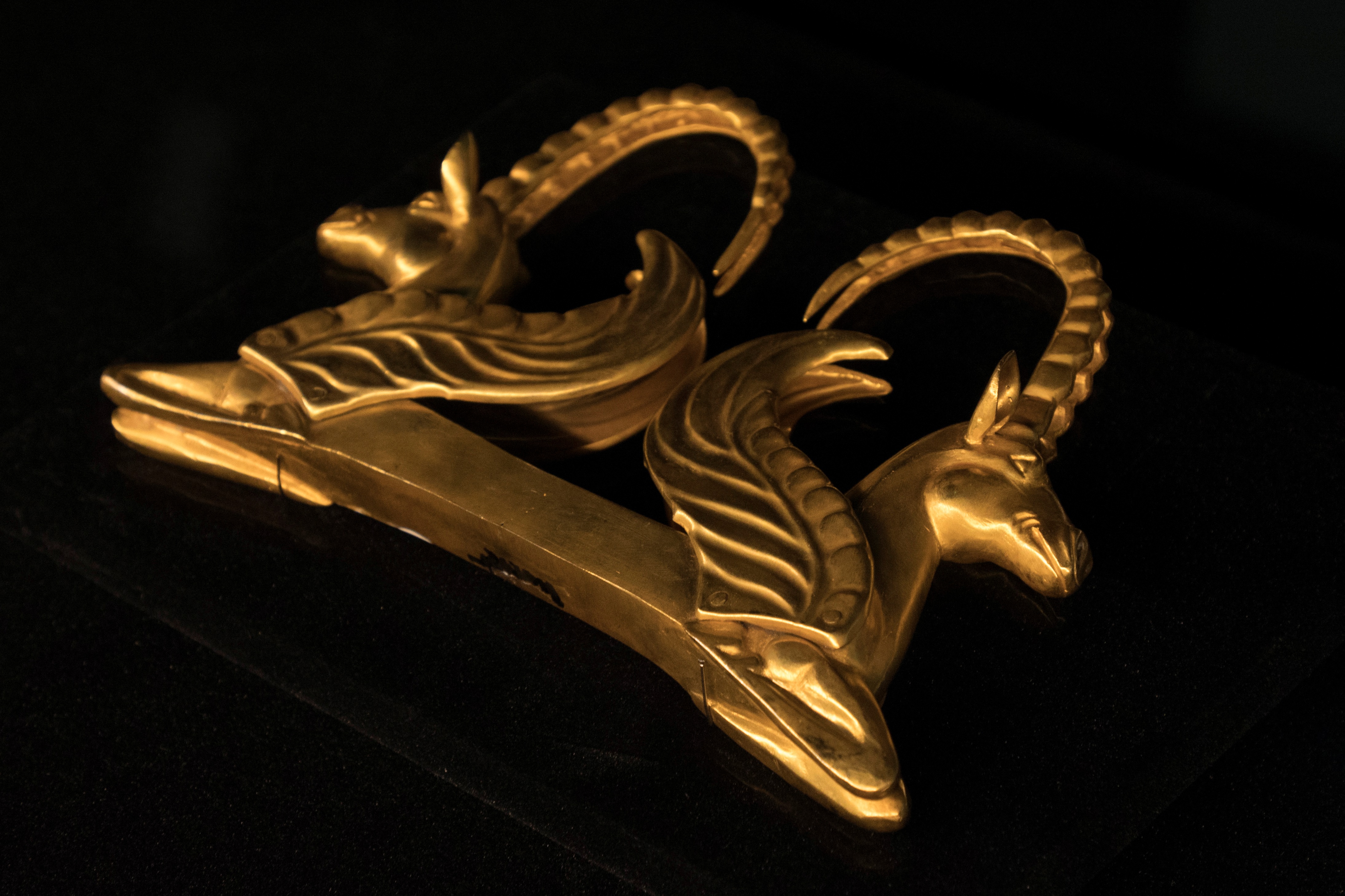 However, decorative images of animals, devoid of their original magical meaning, continued to exist in medieval art: in jewelry, book miniature, wood carving, stone and bone, in architecture - but in a more generalized form, acquiring forms of stylized ornament, decorative elements . These trends are clearly expressed in the finds from the Sairam treasure, which are presented in the exhibition items of jewelry, dating from the XV century. Also at the exhibition will be presented unique archaeological finds from Saks mounds Taksay (West Kazakhstan region), Taldy-2 (Karaganda region) and Berel (East Kazakhstan region).

In total, the exhibition features 207 items from the collections of the National Museum of the Republic of Kazakhstan. The masterpieces of ancient and medieval art of Kazakhstan which represented at the exhibition are only a small part of the works of the nameless masters of the past, reflecting the originality of the heritage of the Eurasian steppe culture.