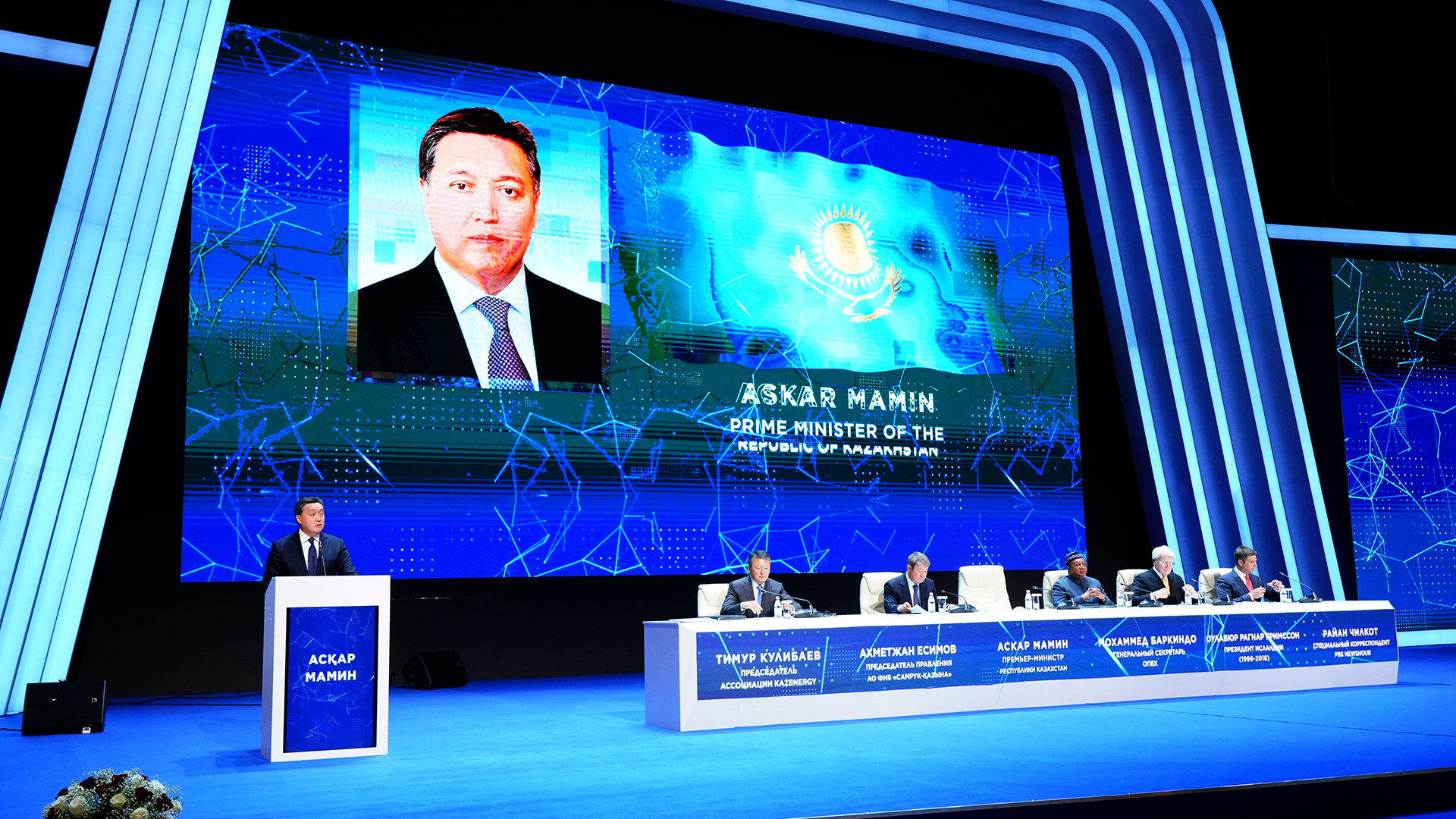 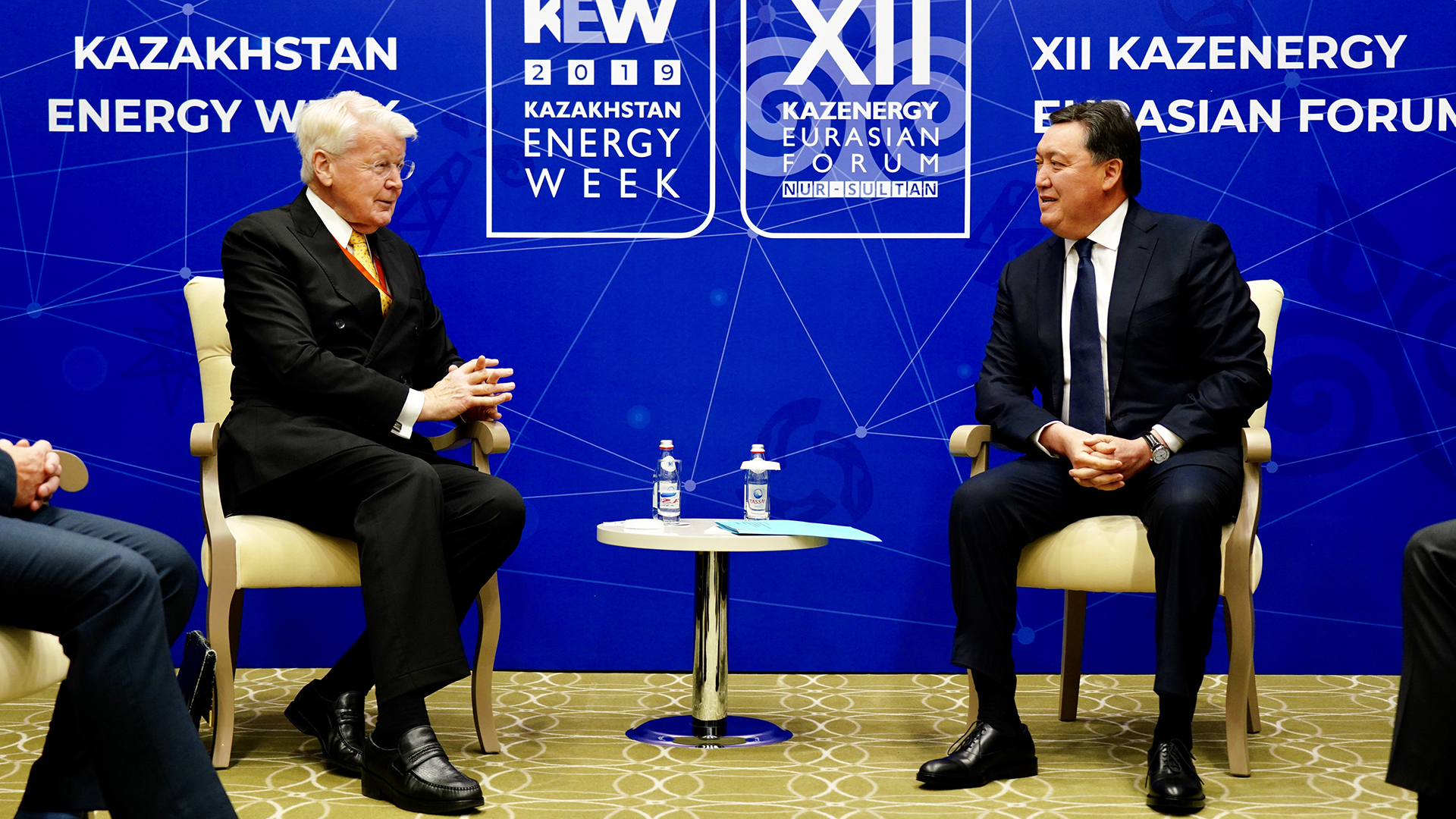 The prime minister visited the Digital Energy exhibition and met with the ex-President of Iceland and the chairman of the Arctic Circle Ólafur Ragnar Grímsson, with whom he discussed the prospects for the development of geothermal energy in the Almaty region. He also met with the Secretary General of the Organization of Oil Exporting Countries Mohammad Sanusi Barkindo to discuss the issues of interaction of Kazakhstan with OPEC. 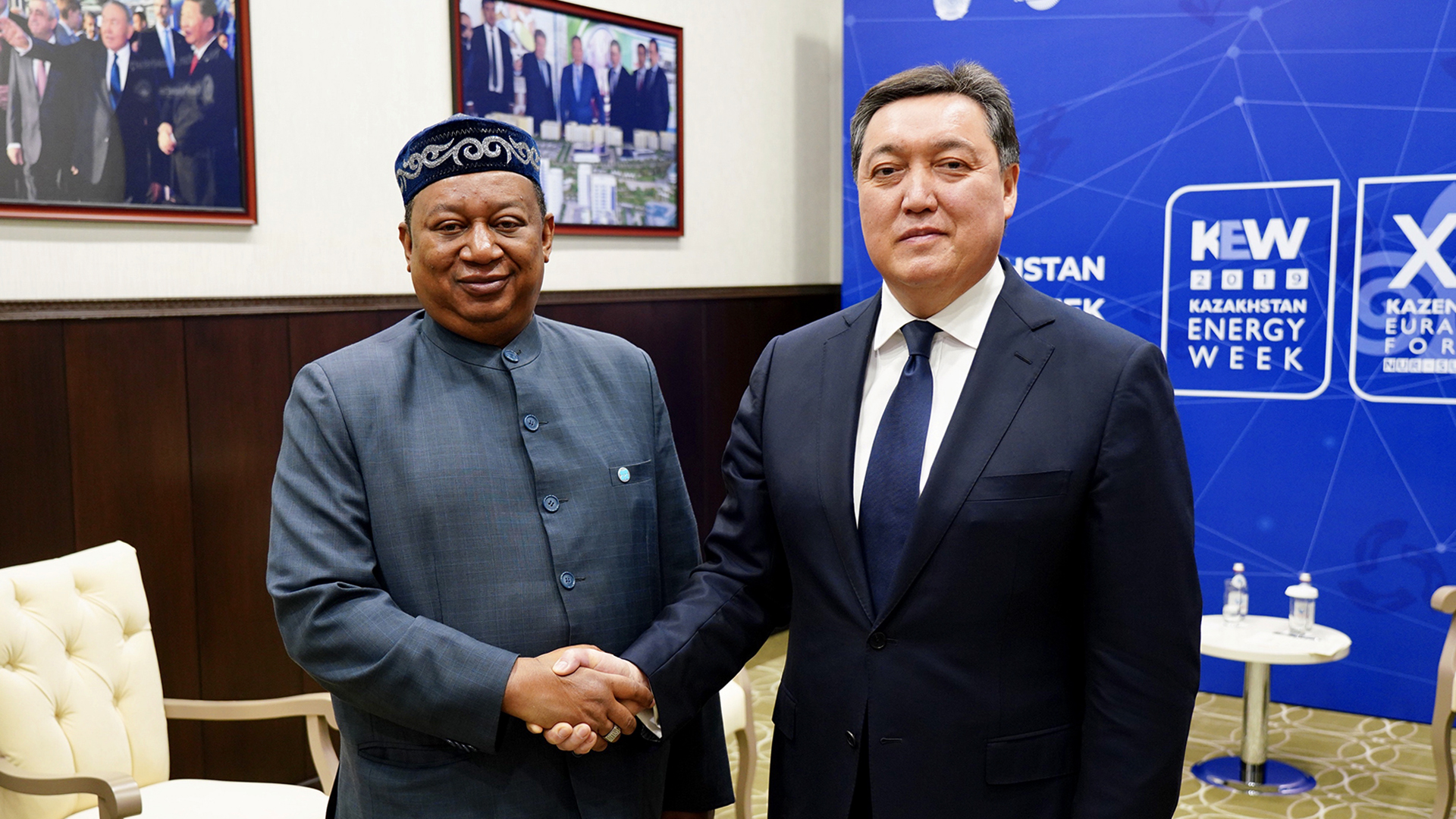 During the opening ceremony of the forum, Askar Mamin noted that Kazakhstan is increasing the efficiency and productivity of traditional energy sources, as well as systematically strengthening its position as a regional leader in the field of renewable energy sources.

“Since the Expo in Astana in 2017, Kazakhstan has achieved significant success in introducing comprehensive green measures into the economy. To date, we have expanded our portfolio of renewable energy sources to more than 3,000 megawatts. In the first 6 months of 2019 alone, production in the sector increased by 31.7%,” said the prime minister.

The head of Government said that Kazakhstan produces about 90 million tons of oil per year, which makes the country one of the 15 largest world producers.

“In 2019, we plan to process 17.2 million tons of oil compared to 14.9 million in 2014. This will allow us to almost completely cover our domestic needs for several petroleum products. Natural gas production is expected to exceed 55 billion cubic meters in 2019. At the current pace, we will produce more than 80 billion cubic meters by 2027,” Mamin said.

The prime minister noted that the existing portfolio of projects at the stages of implementation and development is intended to turn Kazakhstan into the world's largest exporter of polyethylene and polypropylene.

“The increase in demand for gas production equipment has led to significant success in gas chemical engineering. The volume of production in the sector from 2016 to 2018 increased by almost 40% – from 39.4 billion to 54.8 billion tenge, which reflects the growing potential of diversification for the entire economy,” the head of Government emphasized.

The Kazenergy Eurasian Forum, over its ten-year history, has become the main international event of the energy sector in the region. The forum aims to provide an effective dialogue between participants in energy markets, to consider current trends and directions in the development of the energy system. The prospects and strategic initiatives put forward in the framework of this event create favorable conditions for the dynamic and sustainable development of the country's oil and gas and energy complex.

Annually, over 2,500 participants from over 50 countries of the world visit the forum, including more than 30 international organizations, as well as about 300 large energy companies.